Episode 4, our latest installment, is all ready to go. And ready to help you add more tools to your social-skills tool kit (we take our responsibilities seriously).
Plans unravel as do some of the principals (and principles, for that matter) as Diamond provides some well-received personal improvement advice and the fun and games come to a crashing halt.
Happy to have you along!
Enjoy! 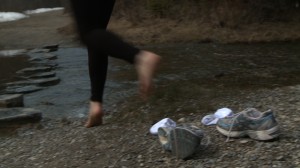 Sorry to all of you who couldn’t see Episode 3 on the first try. A technical glitch and we were off line. But we’re up! We’re away.
Here’s it is – in living colour!
Enjoy!

Calling all MTG’ers – Episode 3 is here!
In it, we’ve got Diamond’s stock soaring with Grace and Carla, Myles fighting an uphill battle for Diamond’s cash, and The Kid pulling out all his fan-crazed stops (but one) to impress.
The stuff that goes on – some of it – when Mom’s not home.
Enjoy!

Dear The Kid:
So, okay. Why do you go barefoot?
You on a budget?
Signed, Proud Yet Protected

Dear Proud Yet Protected:
Thanks for your profound yet emoticon-free email. I’m going to assume you’re not my neighbour’s teenage kid, so I’ll take the high road and dive into your questions.
Question 2. Yes, I am on a budget.
Question 1. That’s not why I go barefoot.
Here’s why I go barefoot:

And here’s why I go barefoot: Chris McDougall’s Excellent TED Talk
It seems like we humans have been doing this for a while – that would include yours and my great (x 10,000 generations ago) grandfather and grandmother. Let me know if you need any more “rationale”, Proud Yet Protected.
And you see how smoothly I avoided the whole thing of going barefoot because I’m on a budget – and getting drawn into that whole so-funny-I-forgot-to-laugh thing? That too is a learned skill.
Which I will share with you on another day, Proud Yet Protected.
Oh yes.
Signed, Most Assuredly, The Kid

Dear Humbled – Yet Strangely Still Protected
I knew that.
Signed, The Kid 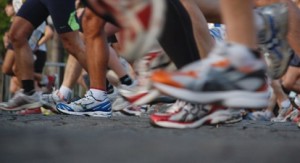