We are, in fact, a go!
We’ve left port!
We’ve shipped!
In the words of Dr. Natron Diamond, we’ve crossed the starting line!
And we’re happy you’re with us.
We’ve got so much planned for this journey.
Two episodes to start (of 11 in Season 1) and we’ll be posting a new episode every two weeks on Wednesdays.
In between, we’ll be posting new videos and blog posts from some of the characters and the people involved – we’re starting with a few gems of Diamondisms (yes, intentional) and a couple of posts by The Kid.
And we’re gearing up for content from Grace and Rose, maybe even Myles, as well as a spot for runners to hang out and compare notes.
It’s a beginning, we’re off.
And we’re happy to have you along!
Poke around.
And most of all, enjoy!

Dear The Kid,
Should I go barefoot? I don’t know if I have the nerve.
Signed, Willing, But Shy

Dear Willing, But Shy
One question. Were you born with shoes on? Of course you should go barefoot. 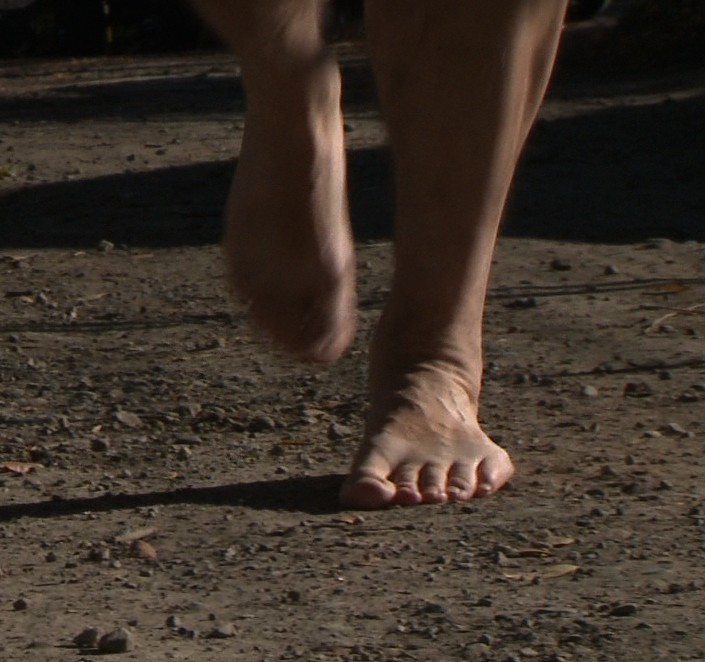 Stop being such a pansy.
The Kid

Dear The Kid,
I don’t follow your logic. We were born with no clothes on. Do you mean we should all go around naked?
Signed, Willing, But Shy

Dear Willing, But Maybe Not So Shy
Are you from the press? Because I’ve had bad experiences with the press (well, one) twisting my words around and all that and trying to make me say something I didn’t say? Because if you’re with the press, I think you should at least come by and get a photo. At least give me that much. I’m at 449 Slater. Basement suite. Use the side door (not the front). And come between, say, 3:15 and 3:30. On Tuesdays. Thanks.
Signed, The Kid

Dear The Kid,
No, I’m not with the press. I’m just nervous about going barefoot. Maybe stepping on something, you know.
Signed, Willing, But Now I See My Problem

Dear Willing, But Now (You) See (Your) Problem
Don’t step on anything.
Next!
Signed, The Kid

Dear The Kid:
Why do you wear a skirt when it’s so kold (sic) out?
Signed, Confused But a Fan

Dear Confused But a Fan:
Thanks so much for pointing this out (as if I haven’t heard it before).
First let me point out… 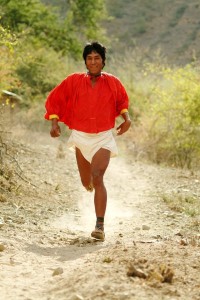 It’s not a SKIRT, it’s a ZEPETE.
Rhymes with zip-it-eh! It’s Raramuri for – well, I don’t know what, but not a SKIRT!!!! Okay? Message received everybody?
ZEPETE. ZEPETE. ZEPETE. ZEPETE. ZEPETE.
Thank you.
So, I don’t want to hear about it again.
It’s not that I’m sensitive, because I’m not.
You can’t afford to be sensitive when you’re out there living the unconventional.
That’s a lesson for everybody.
Don’t be sensitive. Don’t be crushed (courtesy of the great Dr. Natron Diamond).
And, oh, yeah, I have winter gear. When it snows, I wear the ZEPETE on top. For inspiration.
So, are we finally good on the skirt thing?
Dang.
Signed, The Kid

Myles to Go.
We’re a new web comedy series about running, relationships and mid-life redemption.
If you’re over 40,  a middle-to-back-of-the-packer or a runner at heart you’ve found the right crowd. Hell, you’ll fit right in!
And we’re all going for a spin on April 24 (4:00 p.m. Eastern time) with the first two episodes of Season 1.
Sign up to our e-mail list and we’ll deliver the episodes, and all the great content we’ve got going, right to your door (well, inbox).
April 24. It’s a Wednesday. 4:00 p.m. Eastern.
How often can you say you had fun running when you still had Myles to Go.
Well, now it’s possible!
Is it a date?
Of course!
See you Wednesday, April 24, 4:00 p.m. Eastern.